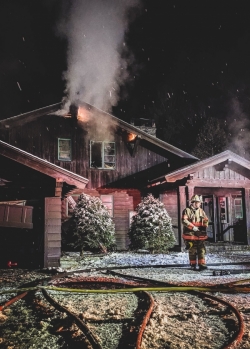 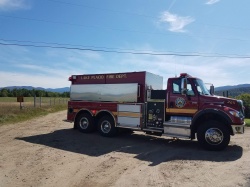 (From the Adirondack Daily Enterprise)

LAKE PLACID — A fire in a Northwood School dormitory damaged a room and left a student with a minor burn Thursday morning.

Fire department officials said the fire started when a student’s clothes were left too close to the dorm room’s electric baseboard heater.

“During first period, the school’s fire detection and alarm system was activated, and the school was evacuated according to our usual procedures,” Head of School Michael Maher wrote in a statement. “All Students, faculty, and staff were quickly accounted for and safe.”

In a phone interview, Assistant Head of Student Life John Spear said the student whose dorm the fire started in suffered a small blister on the top of the foot and was back in class later that day. Another student lives in that room, too, but they weren’t there during the fire, Spear said. He added that the two students were relocated into a different dorm while their room is cleaned.

The Lake Placid Volunteer Fire Department responded with four trucks and 20 members to the Northwood School at 92 Northwood Road at 8:15 a.m. By the time they arrived, school officials had mostly knocked down the fire with an extinguisher. The fire crew made sure the flames didn’t spread, then aired out the building for smoke. They were back in service at 10:27 a.m.

Spear said the fire didn’t really disrupt classes. It delayed some of first period, but the school just finished that up at the end of the day.

“We’re lucky to live in a community where the emergency services responded so quickly and efficiently,” Spear said.

This site has been viewed 283,502 times.
News
Events
Pictures
Apparatus
Maintained by the members and staff of Lake Placid Fire Department. Designated trademarks and brands are the property of their respective owners. Copyright © 2006-2021. YourFirstDue Inc. All Rights Reserved. Content on this web site is supplied by Lake Placid Fire Department. YourFirstDue Inc. cannot be held responsible or liable for any content, text, pictures, or any other media found on this web site.
Management login
Powered by