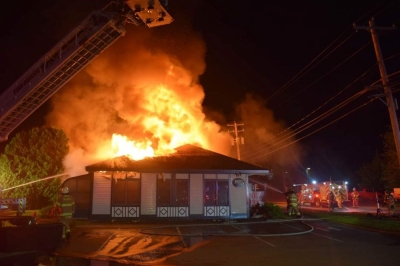 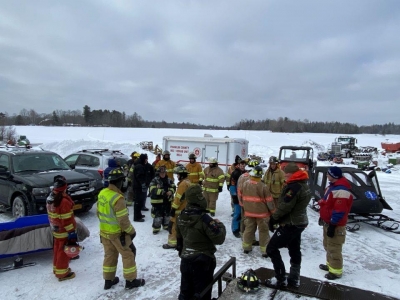 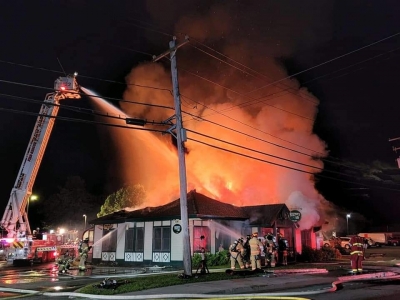 The “Ambrose-Searles Move Over” law is designed to protect the safety of law enforcement and emergency workers along New York’s roadways. It is appropriately named after New York State Trooper Robert W. Ambrose and Deputy Sheriff Glenn Matthew Searles who were both struck and killed by vehicles while attending to motorists in the line of duty. It was signed into law by then-Governor David Patterson and came into effect on January 1, 2011. In 2012, the law was amended to include tow and service vehicle operators. When approaching these vehicles that are “stopped, parked or standing” on the shoulder of a roadway, drivers are required to:

You can read the full text of the law in Section 1144-a of the New York State Vehicle and Traffic Law.

This site has been viewed 310,315 times.
News
Events
Pictures
Apparatus
Maintained by the members and staff of Lake Placid Fire Department. Designated trademarks and brands are the property of their respective owners. Copyright © 2006-2022. YourFirstDue Inc. All Rights Reserved. Content on this web site is supplied by Lake Placid Fire Department. YourFirstDue Inc. cannot be held responsible or liable for any content, text, pictures, or any other media found on this web site.
Management login
Powered by